Email ThisBlogThis!Share to TwitterShare to FacebookShare to Pinterest
Labels: Get it?, video

Leave Behind a Groove in the Earth...

...a documentary on Sam Black Church.


Leave Behind A Groove In The Earth: The Story of Sam Black Church Trailer from Duncan Wilder Johnson on Vimeo.

Email ThisBlogThis!Share to TwitterShare to FacebookShare to Pinterest
Labels: Skinny


CYCLE ZOMBIES PARTY 2014 from Stance on Vimeo.
Our Punks and Poets are nothing short of badass. This is why we invited the Cycle Zombies and Dice magazine to celebrate their collaboration release at our offices on Go Skateboarding Day. Thank you to Saint Archer Brew and Shakas x Alohas for providing eats and drink for the party. More photos here http://www.stance.com/blog/2014/06/24/cycle-zombies-x-dice-magazine-no.-56
Posted by Unknown at 9/19/2014 12:55:00 PM 0 comments

Email ThisBlogThis!Share to TwitterShare to FacebookShare to Pinterest
Labels: Family

Thanks for the bit of history, Uncle Kenny.....

"I attended the Oregon Vintage Motorcycle meet again this past May, and again saw some great machines.  Unfortunately I forgot my camera!  This year they were honoring Norton, so there were more Nortons than usual, along with many other marques.  I met an interesting guy there, from Portland, who had a booth where he sold parts and also a couple of nice restored Triumphs.  Check out his website: www.classicvmb.com and click on "Our Bikes" at the top to see some of the machines his shop has restored and the pretty decent prices he asks


When I first bought my 500cc Tiger twin, I used to frequent a shop on Sandy Blvd in Portland, for parts and machining services.  It was run by a REAL character, named Cliff, but who was nicknamed the Sandy Bandit, because a lot of people felt his prices were high.  But he had any and every part you might have been looking for.  When you entered the shop, you walked past ten or fifteen classic British bikes, just a small part of his collection, which included an Ariel square four, BSA Gold Star, Matchless and AJS large displacement singles, all for sale.  The rest of his enormous collection was stored in a warehouse in dry eastern Oregon, near Bend, including a huge stash of parts, gaskets, etc.  When he died, his estate must have been worth quite a bit, as he bought all these things at low prices when Triumph was on the decline (losing out to Japanese bikes on the rise) so Triumphs and BSAs were available for a dollar a cc (I paid $450 for my Tiger on 1973).
Anyway, this fellow with the website, Cornell by name, somehow acquired the Sandy Bandit's old shop and has a few guys working for him restoring old machines there.  Next time you are in Portland you ought to stop by and check it out."
Posted by Unknown at 8/22/2014 09:19:00 AM 0 comments

Email ThisBlogThis!Share to TwitterShare to FacebookShare to Pinterest
Labels: Kickstart

Gone to a happy home 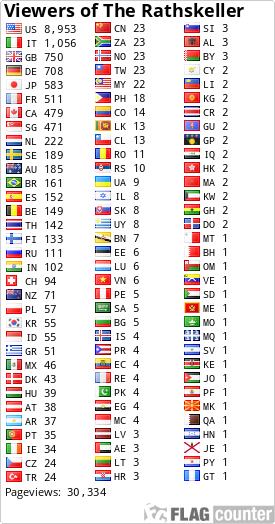 What else gets posted on The Rathskeller?...